Richard Lee is the Co-Founder and CEO of Rangr.org, an exciting learning platform dedicated to small groups and immersive conversations. Richard and I have talked about motivations to create a startup, running a remote team, improving productivity, reading, inspirations, and why you should invest in people long-term.

Richard lives in Atlanta, Georgia. He started his career as a Cybersecurity Specialist at AT&T. He also developed a passion for product design, inspiring him to teach the discipline at Georgia Tech.

The internet is not great for small things. It prefers mass content. It's all about how many likes can you get? How many views? The system favors those creating lots of content, so those who don’t post as much are at a big disadvantage. Valuable content often goes nowhere because of this. A dance video would get 400,000 likes while a video explaining the Constitution gets a hundred. There's a clear difference in how we measure things!

The internet is a highly scalable place, and because of that, we are missing out on an opportunity to build a deep, intimate community for people. Take webinars, for example. They're great, in the sense that they're informative, and you can learn a lot from them. But I dislike webinars because it involves 400 people, and there's little to no engagement between the host and the participants. You'd typically see only one or two participants with their cameras on. The rest, dead silence. No engagement.

Rangr is an online, face-to-face, small group-focused learning platform for students and professionals to connect, engage, and network. Instead of 400 people with no cameras and no participation, you'll have 10-20 people actually engaging with you. We designed Rangr to serve those who thrive in small groups and prefer intimate, thoughtful conversations.

What motivated you to start your own company?

A couple reasons. One of them was quitting my corporate job about a year ago to go work for a product design company and teach at Georgia Tech. Being away from corporate for a while allowed me to reevaluate the values I wanted to live by.

There's a song from Hamilton called Non-Stop. In it, there's a verse,

"How do you write like you're running out of time?"

I wanted to do something that would feel like I'm always running out of time because I care about it that much.

I always loved creating products and doing something unorthodox. However, unorthodox doesn't work in corporate settings. That's what motivated me to start my own company. Incentives also played a role. If the company fails, it's my fault, and if it's successful, then I can own it.

How are you making remote work work for your team?

When we first started working remotely, we had our cameras on all day, five days a week. Being connected in real-time all day did speed up our progress. But, right after week two, we were all getting tired of having to be on all the time. It was exhausting, but I'm glad we tried; we learned a lesson.

After that, we broke down our week into different themes. We would have one heavy day of meetings and discussions in a week. And even for ad hoc meetings, we meet only three times a week. Monday morning for an hour and a half, and Wednesday and Friday for smaller and ad hoc meetings. This way, we could use the rest of the week to focus on our work.

We would also have a clear agenda for the team every week to measure what we're doing. If you have a vague plan, it's difficult to measure and keep people accountable, especially because we're not working together in person.

Kevin Hale, Co-founder of Wufoo, inspired a lot of this. His team was also remote when remote wasn't cool, 10, 12 years ago.

I try to get a lot of work done in the morning. At 6 or 7 am, I would sit down and break down the day's schedule. A lot of my responsibilities are partnership building, customer development. Every day is slightly different, but I would try to keep them within the mornings as much as possible. I'd also use mornings to brainstorm with my team.

I try to get at least an hour of reading every day: If I could consistently fit my reading into my day, that makes sure I'm getting my daily inspiration and learning. So I always plan early afternoons to read and have enough time for review.

For late afternoons, I have a lot of calls with clients and potential partners. Depending on the week, I would have one or two Rangr Outpost podcast recording sessions too. And when it's around 7 pm, I will call it a day.

After work, I exercise for an hour. And I would do some journaling and other reading, or I would watch a show. My day ends around 11:30-12 am.

Show us your workstation.

This is where I work. The main tools I use at Rangr are Slack, ClickUp, and Zoom.

Here are my hardware sets: a Dell S27 Monitor that is the primary monitor supporting my 2019 Macbook Pro, a Yeti Mic, a Logitech Bluetooth keyboard, a wired G502 mouse, and a Sony WH1000xm3  noise-canceling headphones.

I made the other part of my workstation with some analog pieces. The pieces include a single bullet journal made from a Baron Fig Notebook. The notebook usually has instructions on what I'm reading that week, and how much practice I put into my Gibson Les Paul guitar attached to my Marshall Amp underneath the desk. ;)

Instagram (although it’s not on my main iPhone screen). I love its Story feature. It’s so easy to tell your story with the audience. Since stories go away after time, there seems to be a lot less weight to them. The amount of commitment to posts compared to stories is drastically different. People are perfecting posts with colors, filters, and captions. With stories, it’s easier to share what’s going on in your daily life as is.

What are you reading right now?

I'm currently reading The Startup Way by Eric Ries, who also wrote the Lean Startup. There's a lot of fundamentals in this book. It's interesting because he's applying the startup way to corporate. Because I had a few years of corporate experience, I could see how painful this would be.

One of my favorite parts of the book is where Eric talks about the fact that no one dreams of becoming uncreative. So you need to give everyone in the corporate setting the benefit of the doubt. They're creative; they're just in a system that doesn't celebrate creativity. The takeaway here is you have to incentivize creativity instead of being punished for failure.

As Eric explores this topic, it's a fascinating story to follow. It's a hefty book, in the sense that every page teaches a big lesson. I'm taking notes, reading slower.

What is your favorite quote or quotes?

A lot of my favorite quotes are from the musical Hamilton I mentioned earlier. In fact, the entire art piece of Hamilton is my favorite. The whole story is a foreshadowing of Hamilton's death. I think that's fascinating because very few of us foreshadow our end in the way we work.

Imagine how you'd work if you only had five years to live from today. You would probably be doing very different things.

"Why do you work like you're running out of time?" "Why do you have to work day and night?"

And Hamilton knows he doesn't have time.

Another one of my favorite quotes is former President Obama's,

"The strongest weapon against hateful speech is not repression; it is more speech."

I know way too many people on both sides that just won't have a conversation. So many of our solutions are usually in the middle. The extremes are very easy to do, it's marketable, and it's absolute. Unfortunately, most things in life are not that absolute. They are in shades of gray.

The least you could do is try to understand what they're thinking instead of demonizing them. That's how wars happen.

I'm full of caffeine. I love matcha and a little bit of coffee now and then.

Time-boxing has been a good friend of mine. I have one hour to finish this thing, so I'll try my best.

Bullet journaling has been helping a lot. It helps me to be more intentional about my time. Many journaling methods out there overwhelm you with rules and systems. Bullet journaling is meant to be minimal. My journal is made up of just squares and dots, and that's it! I'd spend 20 minutes a week on it. It’s simple, and it helps me focus.

Invest in people over the long-term.

My favorite thing to emphasize whenever I have the chance is to invest in people. It’s also a value point I want to deliver through Rangr.

“The true meaning of life is to plant trees, under whose shade you do not expect to sit.” - Nelson Henderson.

This is a quote that I live by. I encourage people to invest in people like you’re planting trees under whose shade you don’t plan on sitting in.

A couple of weeks ago, I talked at a hackathon, and this person messaged me. He said, “remember me?” It turns out he and I met at a different place where I was giving another talk three and a half years ago. He told me that my talk encouraged him to start a medical startup, and here he is now, running it.

You just never know when you’re going to see your dividends and how much they’ll be when you’re investing in people. But they sure do come.

Where to find Richard online: 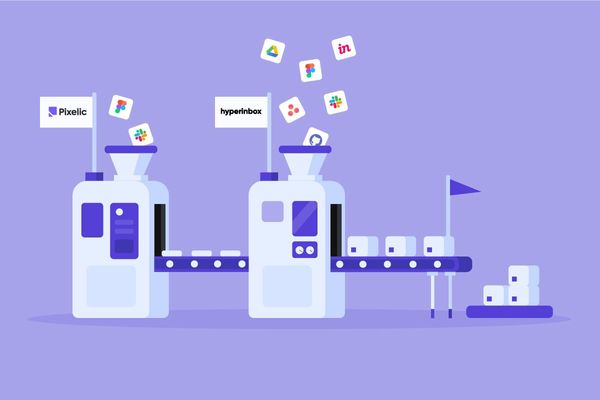 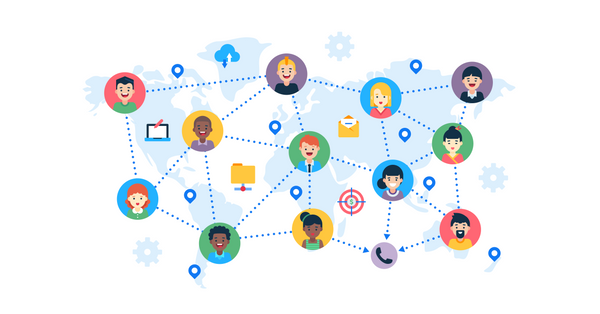 Communication is the bedrock of all great team collaboration. Choosing the appropriate type of communication makes a big difference in team productivity and spirit.